Quick escape (ESC)
Content warning This page involves descriptions and discussion of the experiences and impacts of domestic and family violence. Some survivors might find its content troubling. 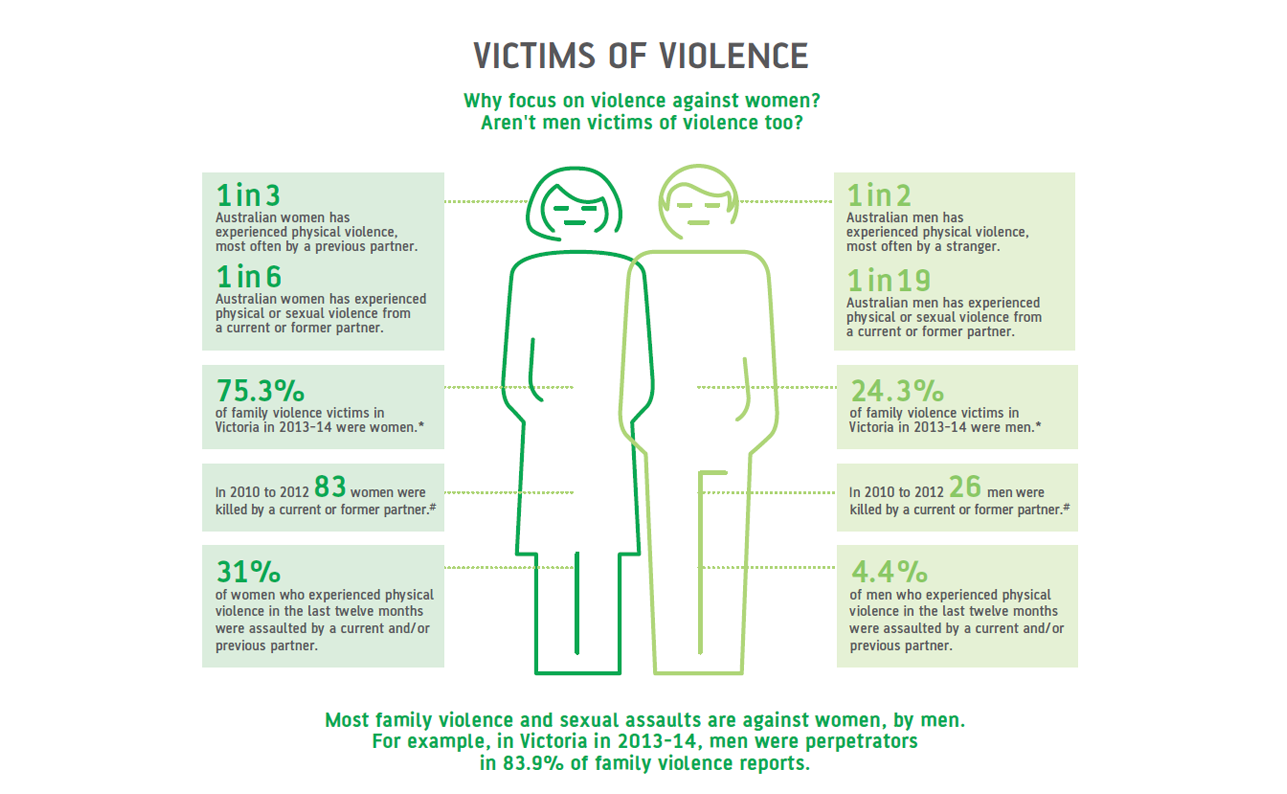 Why is this resource not gender-neutral?

Although we recognise there are some exceptions, what we consider to be intimate partner violence is overwhelmingly committed by men. SAFER is not focused on individual abusive behaviours (though many non-gendered tactics of abuse are described) but centres around a qualitatively distinct, gendered pattern of power and control in which victims can experience the plausible fear of eventually being killed.

When we look at the ‘Three Ps’: prevalence, perpetrator and proportion – overall, male violence is more serious in each category.

The reason we often talk about men who use violence, and women as victims or survivors, is that this accurately reflects typical power imbalances in relationships between men and women and gendered power imbalances in society overall. By naming these gendered power differences, we can more clearly support survivors, provide accountability and opportunities for change for perpetrators, and advocate for the large-scale changes that end violence against women.  Read more about this in our section Who is a victim?

Even though men are mostly the perpetrators of violence, the horrifying acts that have recently been exposed show that they are suffering from their own deep character defects and profound woundedness, or to use Christian language, their "brokenness". To understand this is not to excuse it, but allows us to understand that this perverse behaviour is an outgrowth and symptom of a model that permeates most of the modern world. Power, control and competition - not love, relationship and cooperation - are the qualities most highly valued. And as outraged as women have been by the recent revelations, we know that men are equally disgusted. Abuse and abusers are an affront to all people, everywhere.

It’s time to dismantle the old model and hit reset. Christians can help turn the tide.